As an unplanned side project, Patty Gray has followed the opposition movement in Russia, which gained momentum after the parliamentary elections in December 2011 were seen to be riddled with voting irregularities, and people began pouring onto the streets to demonstrate “for honest elections”. Demonstrations became increasingly well organized by an increasingly consolidated opposition leadership, and online social media played an important role – not only Twitter and Facebook, but networking sites that are more exclusive to Russian users, such as V Kontakte and LiveJournal. Dr. Gray experimented with methodologies that enabled her to follow these ongoing developments at a distance while embracing the spirit of anthropology’s dedication to deeply contextualized participant-observation research. 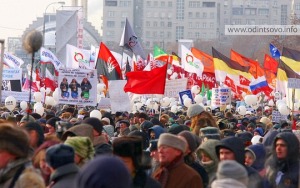