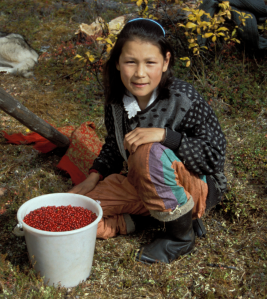 In her postdoctoral project at the Max Planck Institute for Social Anthropology, Patty Gray investigated changing property relations following the collapse of the Soviet Union and the implementation of a privatization program across all sectors of the Russian economy. She focused primarily on the reorganization of state farms (sovkhozy) in the Chukotka Autonomous Okrug, and supplemented this with comparative research in the Republic of Marii El on smallholder farmers who struck out independently from the reorganized collective farms (kolkhozy). In follow-up research, she investigated the rising interest in ancestral communities (rodovye obshchiny) in Chukotka, an alternative form of organization favored by Chukotka’s indigenous population.

Publications on this research

Gray, Patty A. 2012. “‘I Should Have Some Deer, But I Don’t Remember How Many’: Confused Ownership of Reindeer in Chukotka.” In Who Owns the Stock? Collective and Multiple Property Rights in Animals, ed. by Guenther Schlee and Anatoly Khazanov. Oxford: Berghahn Books. (Read a review of the book and this chapter of the book in The Toronto Review of Books.)

Gray, Patty A. 2005. “Decollectivisation in Rural Russia: A Perspective from the Far North.” In Property Relations: The Halle Focus Group 2000-2005, ed. by Chris Hann, pp. 38-41. Halle/Saale: The Max Planck Institute for Social Anthropology.

Gray, Patty A. 2003. “Volga Farmers and Arctic Herders: Common (post)Socialist experiences in rural Russia.”In The Postsocialist Agrarian Question: Property Relations and the Rural Condition, ed. by Chris Hann and the Property Relations roup, pp. 293-320, Vol. I in the series Halle Studies in the Anthropology of Eurasia. Muenster: Lit Verlag.

Gray, Patty A. 2001.“The obshchina in Chukotka: Land, property and local autonomy.” Working Paper No. 29 of the Max Planck Institute for Social Anthropology.

Smallholder farmers in the Republic of Marii El take a break from harvesting potatoes in 2001.